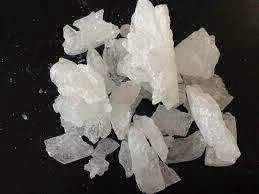 Ethylphenidate is an amphetamine-like psychostimulant, which acts as a dopamine and norepinephrine reuptake inhibitor. 1. It is also a legally ambiguous derivative of its parent drug methylphenidate, which is a registered medicine used to treat attention deficit/hyperactivity disorder (ADHD) and narcolepsy.

However, considering the close similarities between ethylphenidate and methylphenidate and the fact that methylphenidate, like cocaine, actually does not primarily act as a "classical" reuptake inhibitor, but rather as an "inverse agonist at the DAT" (also called a "negative allosteric modulator at the DAT"),[1] it is at least very likely that ethylphenidate also primarily acts as an inverse DAT agonist instead of (or at least only secondarily) as a classical reuptake inhibitor (which could be called a "competitive antagonist at the DAT" using a similar terminology as "negative allosteric modulator at the DAT", which per definition means that its mechanism is non-competitive)

This carboxylesterase-dependent transesterification process is also known to occur when cocaine and alcohol are consumed together, forming cocaethylene.

All available data on ethylphenidate's pharmacokinetics are drawn from studies conducted on rodents. Ethylphenidate is more selective to the dopamine transporter (DAT) than methylphenidate, having approximately the same efficacy as the parent compound,[5] but has significantly less activity on the norepinephrine transporter (NET).[7] Its dopaminergic pharmacodynamic profile is nearly identical to methylphenidate, and is primarily responsible for its euphoric and reinforcing effects.[8]

The following is ethylphenidate's binding profile in the mouse, alongside methylphenidate's. Figures for both the racemic and the dextrorotary enantiomers are given: